BBC Two is launching a new a six-part landmark series called Generation Gifted from Blast! Films that takes a unique look at social mobility and the factors which affect it in Britain today. Six highly promising teenagers, who are all from families on low incomes, will be filmed over three critical years. With two films transmitting every year from 2018, the series explores the challenges facing these children as they progress from ages 13 to 16 and sit their GCSEs.

In episode one, we meet three Year 9 girls facing the mounting pressure of their first year of GCSE preparation. For all three, so much of the journey is about confidence. In Port Talbot, avid reader Anne-Marie knows she wants to go to university, but needs help dealing with the prospect of exams. In one episode she vows to save up to fulfil her dream of attending university when the realised it will cost £9,000 a year. Meanwhile in Tamworth, Shakira's school recognises that she is an accomplished artist and tries to help her find her creative voice by pushing her out of her comfort zone.

Confidence isn’t an issue for Birmingham-based aspiring paediatrician Jada: her determination to ace her Year 9 exams is pinned on her dream of winning a future place at the nearby Sixth Form grammar. But however determined she and her mum are, it may be hard holding onto her dream.

The BBC may decide to extend the series to cover the teenagers taking A Levels then on to university, echoing the iconic 7UP series which has followed the live of 14 children every seven years since 1964 and will return next year.

The first episode airs at 9pm on 14th February on BBC2 and will be available on catch up.

Save money and eat better with our foodie tips 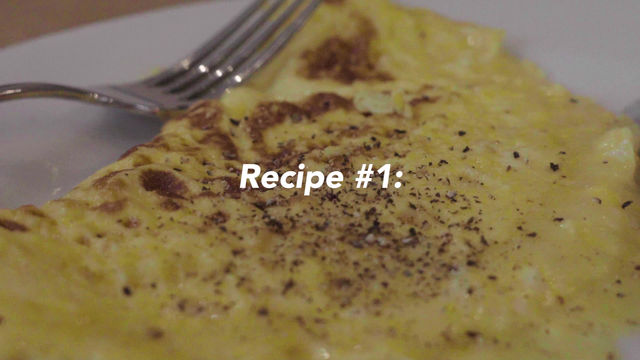 Very easy cheesy omelette for only £1!!!

Easy to make meatballs and spaghetti

Getting ready for university? Read our top tips and get really prepared!

Don’t panic if you don’t “make” the grade